Once in a while you install a piece of software because you read a review online, a friend recommended it, or you just stumbled upon it and want to try it for a short time. A lot of those packages I remove after some time, while others, I start to love. Whenever I use a computer of someone else, I can’t help but miss those pieces of software and I wonder how other people can feel at home on their computer without it.

I use a linux distribution for my daily work (and spare time)  for around 8 years. I started with Ubuntu, tried Fedora, used Mint and openSUSE  for a while and finally fell in love with archlinux. When using a computer with Windows installed, the things I miss the most are the very fast and useful (terminal) tools. I rely heavily on tools like find, ssh, grep, cat, vim , diff, …. to complete almost any task. 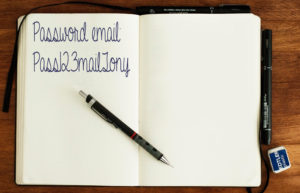 At first I was skeptical: it didn’t seem very safe and reliable to use a tool to save all your passwords, sensitive files, … in the cloud. Pass, a linux tool that saves everything in a folder-like structure with each file encrypted using gpg, was my solution for all the generation and storage of all the passwords a modern internet user needs. I knew my passwords were safe, but it was unusable for passwords I needed on different computers. After LastPass solved the problems google found after a thorough review withing a minimum of time (I don’t remember how many days) and the recommendations of a colleague, I gave it a try. From that moment on, no more weak passwords for me!

I stumbled upon Vivaldi after some random IT-related browsing. “How can a new browser compete with Firefox?” was my first thought. In the past, I was a very satisfied Opera user, until I was disappointed with the new direction of the browser after it was sold to a Chinese company. When I read that Vivaldi is a new project from some of the people that developed Opera, I wanted to give it a try. Immediately I loved some of the unique features of Vivaldi (page tiling for example) and all the features keep on getting better (download panel, screenshots, history, …)! There are some disadvantages of course: Vivaldi uses a lot of RAM and doesn’t have a syncing feature (yet). Knowing that Vivaldi values its users and make sure to protect their privacy, makes it only better.

It does’t really matter which drop-down terminal it is, I just want to have one!

Ok, everyone who codes will know this one, but I use it for almost everything: config files, latex projects (papers, thesis, …) Combined with bitbucket, github or a repository on dropbox, you have immediately a backup.

If I need to share a file quickly, or make an emergency backup of something, dropbox is the software I use. The support for linux is probably a bit less extensive compared to Windows, but everything does what it is supposed to do. For running multiple instances of dropbox, you will need to do some manual fiddling for example, but it will work eventually.

11 thoughts on “My essential software”